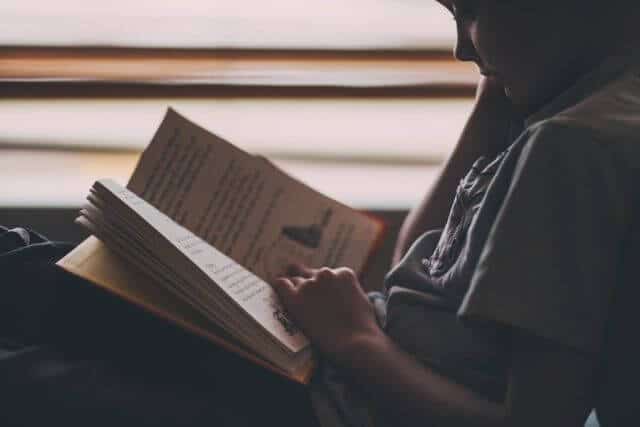 The unassumingly innocent question sent this dog tumbling down the rabbit hole. Puppy days to silver years, I have eaten through my fair share of homework. I’ve devoured on books  ― from Ruskin Bond’s hymn to the hills to James Herriot chronicles and Charles Bukowski’s beer-stained genius. And as a homage to my kind, I’ve read the greatest of words on dogs too.

But do I have a favourite?

Something akin to Tolkein universe; that one sentence to rule them all.

The postcard that stayed with you, the envelope that peeks at you from afar, the Mary Oliver poem your broken heart found solace in, the letter with dog eared corners, that note on the book which your fingers tremble to flip open now. Those skirmishes on notepads that haunt you…

While it would be hard to recall all the word ordainment that has made this dog laugh or cry, here are a few of my best-loved lines:

First is the door of sleep. Sleep offers us a retreat from the world and all its pain. Sleep marks passing time, giving us distance from the things that have hurt us. When a person is wounded they will often fall unconscious. Similarly, someone who hears traumatic news will often swoon or faint. This is the mind’s way of protecting itself from pain by stepping through the first door.

Second is the door of forgetting. Some wounds are too deep to heal, or too deep to heal quickly. In addition, many memories are simply painful, and there is no healing to be done. The saying ‘time heals all wounds’ is false. Time heals most wounds. The rest are hidden behind this door.

Last is the door of death. The final resort. Nothing can hurt us after we are dead, or so we have been told.”

2. “When I open them, most of the books have the smell of an earlier time leaking out between the pages – a special odour of the knowledge and emotions that for ages have been calmly resting between the covers. Breathing it in, I glance through a few pages before returning each book to its shelf.”

― Haruki Murakami, Kafka on the Shore

3. “My life amounts to no more than one drop in a limitless ocean. Yet what is any ocean, but a multitude of drops?” ― David Mitchell, Cloud Atlas

Ignorance is bliss… who would have thought of this stark realization in a Gothic Lovecraft story?

4. “ The most merciful thing in the world, I think, is the inability of the human mind to correlate all its contents. We live on a placid island of ignorance in the midst of black seas of infinity, and it was not meant that we should voyage far. The sciences, each straining in its own direction, have hitherto harmed us little; but someday the piecing together of dissociated knowledge will open up such terrifying vistas of reality, and of our frightful position therein, that we shall either go mad from the revelation or flee from the light into the peace and safety of a new dark age.”

― H.P Lovecraft, The Call of Cthulhu

5. “All men have stars, but they are not the same things for different people. For some, who are travelers, the stars are guides. For others they are no more than little lights in the sky. For others, who are scholars, they are problems… But all these stars are silent.

You-You alone will have stars as no one else has them… In one of the stars I shall be living. In one of them I shall be laughing. And so it will be as if all the stars will be laughing when you look at the sky at night..You, only you, will have stars that can laugh! And when your sorrow is comforted (time soothes all sorrows) you will be content that you have known me…

You will always be my friend. You will want to laugh with me. And you will sometimes open your window, so, for that pleasure… It will be as if, in place of the stars, I had given you a great number of little bells that knew how to laugh.”

6. “It is the peculiar nature of the world to go on spinning no matter what sort of heartbreak is happening.”
― Sue Monk Kidd, The Secret Life of Bees

8. Fate always gives you two choices, the one you should take, and the one you do.
― Gregory David Roberts, Shantaram

The not so subtle realization that an animated movie could leave you scarred, scared and sad came with ‘Watership Down‘.  It grips you in an uneasy chokehold but yet I believe everyone should read/watch this heartbreaking tale:

9. “Animals don’t behave like men,’ he said. ‘If they have to fight, they fight; and if they have to kill they kill. But they don’t sit down and set their wits to work to devise ways of spoiling other creatures’ lives and hurting them. They have dignity and animality.”
― Richard Adams, Watership Down

11. “All human wisdom is contained in these two words, ‘Wait and Hope”
― ‎Alexandre Dumas, The Count of Monte Cristo

12. “I was born lost and take no pleasure in being found.”
― John Steinbeck, Travels With Charley: In Search of America

13. All that is gold does not glitter,
Not all those who wander are lost;
The old that is strong does not wither,
Deep roots are not reached by the frost.
From the ashes a fire shall be woken,
A light from the shadows shall spring;
Renewed shall be blade that was broken,
The crown-less again shall be king.
― J.R.R. Tolkien, The Fellowship of the Ring

14. ‘Supposing a tree fell down, Pooh, when we were underneath it?’
‘Supposing it didn’t,’ said Pooh after careful thought.
Piglet was comforted by this.
— A.A. Milne, Winnie the Pooh

15, “Think how you love me,” she whispered. “I don’t ask you to love me always like this, but I ask you to remember. Somewhere inside me there’ll always be the person I am to-night.”
― F. Scott Fitzgerald, Tender Is the Night

Something this unbearably beautiful!

17. “To enjoy bodily warmth, some small part of you must be cold, for there is no quality in this world that is not what it is merely by contrast. Nothing exists in itself.”
― Herman Melville, Moby Dick

18. “What an astonishing thing a book is. It’s a flat object made from a tree with flexible parts on which are imprinted lots of funny dark squiggles. But one glance at it and you’re inside the mind of another person, maybe somebody dead for thousands of years. Across the millennia, an author is speaking clearly and silently inside your head, directly to you. Writing is perhaps the greatest of human inventions, binding together people who never knew each other, citizens of distant epochs. Books break the shackles of time. A book is proof that humans are capable of working magic.”
― Carl Sagan, Cosmos

19. “The story so far:
In the beginning the Universe was created.
This has made a lot of people very angry and been widely regarded as a bad move.”
― Douglas Adams, The Restaurant at the End of the Universe

And then there’s a lyrical melody that’s unrequited love ― Charlie Brown’s Little Red-Haired Girl, Calvin’s trysts with Susie Derkins or F. Scott Fitzgerald’s The Great Gatsby, “So we beat on, boats against the current, borne back ceaselessly into the past“.

Like dog hair found on bookshelves, everything takes me to you.

20. “Where else? I belong to a lost generation and am comfortable only in the company of others who are lost and lonely. ”
― Umberto Eco, Foucault’s Pendulum

Over to you, what’s the most beautiful thing you’ve read?

3 Replies to “What’s The Most Beautiful Thing You’ve Read?”