I miss my dog 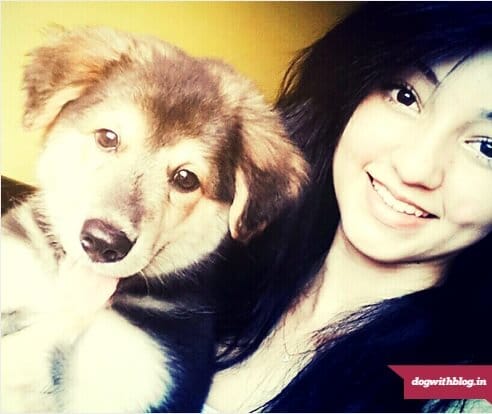 One of my favourite Peanuts strips shows Charlie Brown and his friend Linus looking up at the night sky and contemplating how little they know of all that there’s left to be known.

What we don’t know is a quest, sometimes satiated whilst at others a journey with no defined timeline. Linus is, rational and reasoning, intrigued by the mysteries of the world while to revel in the love that there’s known to us is Charlie Brown’s school of thought. The genius of Charles M Schulz lies in bringing the two thoughts to a common ground.

I precisely remember the moment when the light of childhood faded out on me. It came with a death. All of it melted, like a snow mass at the touch of spring.

Rusty left me last summer but did she really? And what about the great Kaalicharan?

The only thing wrong with dogs is that they don’t live forever.

I miss my dog…

Isn’t she in the white fur adorning the sleeves of my blazer like an emblem? Or in between the pages of those novellas of Yore which I occasionally flip open ─ like a bookmark, staring at me. In that reflection in the red water bowl and in the relatively cold corner by the study or in the thunder of clouds, she’s there with her topaz eyes asking me to hide her somewhere safe.  Time heals, some say but am I really looking for an ointment?

And while I do shudder with excitement to dig more on the mysteries of Third Reich, the Dyatlov pass incident and all that remains unexplained, I will forever miss how it was running around banana trees with a dog to whom, I was the world. Submerging in the known and loving it. Sooner or later,  the myths subside and we realize among other things that the best of friends can only be dogs.

When I close my eyelids deterring to the noise of the world ─ a cauldron about to bubble over, veering my thoughts to all that will remain placid and unchanged by time, oblivious to the humans passing me by, thereby the orchard Rusty would forever be chasing my demons away. There. by the valley, Kaalicharan would always come looking for me for she knows how this silence screams.

To them, I will always be, the boy who never grew up.