Of love and words 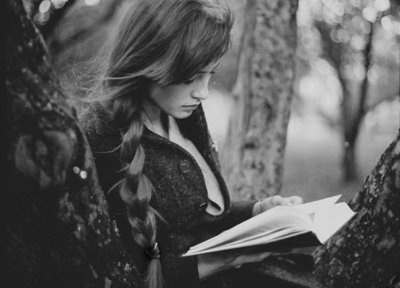 A cursory glance on Facebook and it’s easy to delve in the wave of wedding updates. The delirious setting gets still creepier when the question gets popped out to you of unassuming corners. At office cubicle, over a cafeteria conversation or an impromptu conversation, there is always someone who wishes to inquire ‘when’ as if the gyrations of the planet depend on a matrimonial.

Fernfly has never asked me on these lines. So it did came as a surprise when she chose to skirt around the same as an answer to my post on penning a hand written letter. Advising me to keep my eyes open for Susie Derkins, she painstakingly scribbled down Rosemarie Urquico’s essay on why one should date a girl who reads. Adding in post script with a different ink, “Must love dogs remain the primary clause. And why only date,  you should marry her.”

You should date a girl who reads.

Find a girl who reads. You’ll know that she does because she will always have an unread book in her bag. She’s the one lovingly looking over the shelves in the bookstore, the one who quietly cries out when she has found the book she wants. You see that weird chick sniffing the pages of an old book in a secondhand book shop? That’s the reader. They can never resist smelling the pages, especially when they are yellow and worn.

She’s the girl reading while waiting in that coffee shop down the street. If you take a peek at her mug, the non-dairy creamer is floating on top because she’s kind of engrossed already. Lost in a world of the author’s making. Sit down. She might give you a glare, as most girls who read do not like to be interrupted. Ask her if she likes the book.

Buy her another cup of coffee.

Let her know what you really think of Murakami. See if she got through the first chapter of Fellowship. Understand that if she says she understood James Joyce’s Ulysses she’s just saying that to sound intelligent. Ask her if she loves Alice or she would like to be Alice.

It’s easy to date a girl who reads. Give her books for her birthday, for Christmas, for anniversaries. Give her the gift of words, in poetry and in song. Give her Neruda, Pound, Sexton, Cummings. Let her know that you understand that words are love. Understand that she knows the difference between books and reality but by god, she’s going to try to make her life a little like her favorite book. It will never be your fault if she does.

She has to give it a shot somehow.

Lie to her. If she understands syntax, she will understand your need to lie. Behind words are other things: motivation, value, nuance, dialogue. It will not be the end of the world.

Fail her. Because a girl who reads knows that failure always leads up to the climax. Because girls who read understand that all things must come to end, but that you can always write a sequel. That you can begin again and again and still be the hero. That life is meant to have a villain or two.

Why be frightened of everything that you are not? Girls who read understand that people, like characters, develop. Except in the Twilight series.

If you find a girl who reads, keep her close. When you find her up at 2 AM clutching a book to her chest and weeping, make her a cup of tea and hold her. You may lose her for a couple of hours but she will always come back to you. She’ll talk as if the characters in the book are real, because for a while, they always are.

You will propose on a hot air balloon. Or during a rock concert. Or very casually next time she’s sick. Over Skype.

You will smile so hard you will wonder why your heart hasn’t burst and bled out all over your chest yet. You will write the story of your lives, have kids with strange names and even stranger tastes. She will introduce your children to the Cat in the Hat and Aslan, maybe in the same day. You will walk the winters of your old age together and she will recite Keats under her breath while you shake the snow off your boots.

Or better yet, date a girl who writes.

PS Images sourced from the internet.