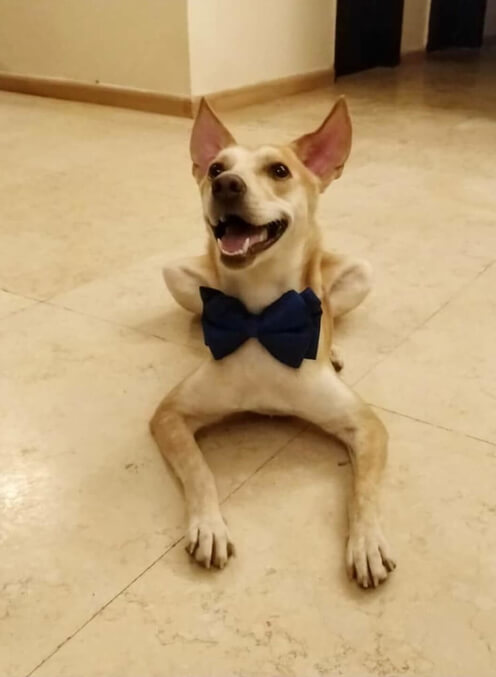 India’s cultural history is ripe with tales of the dog’s fidelity – from Mahabharat to stories passed on through the generations. Indian dog breeds, like dogs elsewhere, are revered for their companionship, and a natural instinct to protect their masters.

Unfortunately, the native dogs of Indian folklore and real-world lost their place to exotic foreign breeds as a result of the media frenzy. From pugs to St Bernard(s), the rich and the elite called them all. The nefarious circle of breeders brewed in. It was cruel for the indigenous breeds, ridiculed to almost extinction or worse still forgotten. The imported dogs didn’t fare any better and continue to suffer the ill effects of misplaced existence.

India has one of the oldest canine cultures – dogs were domesticated as early as the end of the Mesolithic period. Oriented to speed and action, Indian dogs are all outdoor dogs.

Indian dog breeds are among the most adaptive in the world. Owing to their unique genetic markup they can adjust to the vagaries of weather. But even they aren’t immune to neglect.

The Indian subcontinent is perhaps the largest conglomeration of various breeds of dogs in the world. Through evolution, each geographic zone in India has produced a distinctive breed, adapted to the local environment.

Multiple breeds of dogs that were native to India have ceased to exist, while many others are on the brink of extinction due to ignorance and sheer neglect. In the mid-2000s, the Indian Post featured four Indian dog breeds on stamps to raise awareness about them and to honour their special place in Indian history.

Also referred to as the Poligar Hound, Rajapalayam were the companions of the royalty and aristocrats in Southern India – Chola dynasty had them as exclusive pets for hunting or as guard dogs.

They are often milk-white, with a pink nose, button ears, whip tail and golden eyes. They have a gait similar to that of a horse and were also used during the Carnatic Wars and Polygar war against the British cavalry. They aren’t fast runners but are tireless and steady over long distances. There were also some reports that the Indian Army in Kashmir had them as guard dogs.

Found in northern India, in the belt between Bareilly in Uttar Pradesh to Delhi, Rampur hounds were kept by Maharajahs against the threat of jackal and for hunting. It is said that Mughal emperor Jahangir’s kennel is said to have had 4000 of them.

Known for their stamina and speed, these dogs can cover great distances.

Rampur dogs were also featured in Mughal miniatures. They have a long wide head, flat between ears, and powerful jaws with a scissor bite. They have a long and tapering tail, and the body has a short and firm coat.

The majestic livestock guardian dog, often referred to as Bhote Kukur or Gaddi kutta for its resemblance to Tibetan Mastiff thrives on outdoor lifestyles and is native to the Himalayas. They are strong and powerful dogs, devoutly loyal and loving, amazing herd dogs and protectors of the livestock.

They are gentle and sensitive to their humans. They have sharp reflexes and are very alert. Their courage and ferociousness make them excellent guard dogs for cattle.

Found in the Himalayan states of Himachal Pradesh and Uttarakhand, Himalayan sheepdogs are generally black or brown with patches of white on ears, legs and body. They have short legs and a long back, a pointed muzzle and luminous dark-rimmed eyes. The tail is almost always plumed up and turned. They have a thick coarse overcoat and a thick smooth fur for the undercoat to help them withstand Himalayan winters.

Also known as Caravan Hound, Mudhol hound is often found as a companion animal in the Deccan Plateau region. They were used for hunting and guarding in and around Mudhol town of Karnataka. In the villages, they are known as ‘Karwani’.

They are primarily a desert variety of gaze hounds. The Raja of Mudhol, a princely state, now part of Karnataka, trained these dogs for hunting. The Raja of Kolhapur also patronized this breed. Quite, aloof, placid and reserve, it hunts with extreme concentration equally well on dry and marshy lands.

Mudhol hounds have long and elan heads, with well-chiselled jaws and noses, slightly protruding beyond the teeth. They have a bony and narrow body with long tail tat tapes to the end. It has very light and effortlessly easy movement with strong driving action with matching reach. Mudhol is found in all colours except albino.

Combai or Kombai dog breed is found in the hills of Southern India’s western ghats. Kombai means ‘a dense forest’. They are also called Karumoonji and have a black nose with a reddish coloured body. They are fierce guard dogs, good at chasing and hunting.

This ancient breed is known for its toughness and loyalty. They are very active, need regular exercise and thrive best raised in large, non-urban settings where they are free to roam and explore.

Bully dog shares origins from both India and Pakistan and is predominantly found in the Punjab region. They are the most common choice for guard dogs but unfortunately, many of these dogs are still bred and nurtured for dogfighting purposes.

If you come across any news of a dog being used for dogfighting, please alert the police immediately.

Zara, a 15-month-old bully rescued from a breeder, needs urgent foster home #Gurgaon, as she is under treatment by the vets there. https://t.co/xR8wrRokTS

Perhaps one of the most primitive and ancient breeds of dog known to humans, Indian Pariah dogs bear resemblance to Australian Dingo or African Basenji, and have no trace of genetic tweaking or modification from the human side. They are best suited for the harshness of the Indian tropical climate and thrive at way less as compared to foreign breeds.

Their immunity is way stronger as compared to foreign breeds and they don’t suffer from inb­reeding-related disorders such as hip dysplasia. They also make for amazing pets – easy to maintain and train!

These mountain dogs are an ancient breed of working dogs found in the state of Jammu and Kashmir. Scientists believe that these may be amongst the oldest herding dogs having origins in Central Asia. They are bred by nomadic tribes as livestock guardian dogs and settlement protectors.

Chippiparai are easy-to-train dogs from Tamilnadu who were bred by the royal families of Virudhnagar for hunting and to protect their estates. They are medium-sized dogs having a reddish-brown-black tinted coat with limited white markings. One of their distinctive features is a long curved tail.

Depending on their coat colour, they are sometimes also referred to as “Kanni,” which means “pure”.

These adorably cute, short-haired dogs are predominantly found in the Kurnool district of Andhra Pradesh and some places in Madhya Pradesh. They have historical ties with the legendary Vijaynagar Empire and were used for hunting.

If you are looking to adopt a dog, Indian breeds are a great option.

“I have been told that Indian breed dogs are very good and capable. Among the Indian breeds, Mudhol hound and Himachali hound are of excellent pedigree. Rajapalayam, Kanni, Chippiparai and Combai are also fabulous Indian breeds. They cost less to raise and are better adapted to the Indian environment and surroundings”

He further added how native dogs in India are actively being deployed to thwart terror attacks.

“Now, our security agencies are also inducting these Indian breed dogs as part of their security squad. In the recent past, Mudhol Hound dogs have been trained and inducted into the dog squad of the army, CISF and NSG; Kombai dogs have been included by the CRPF. Research on the Indian breed dogs is also being done by the Indian Council of Agriculture Research with the aim to make them better and more beneficial.”