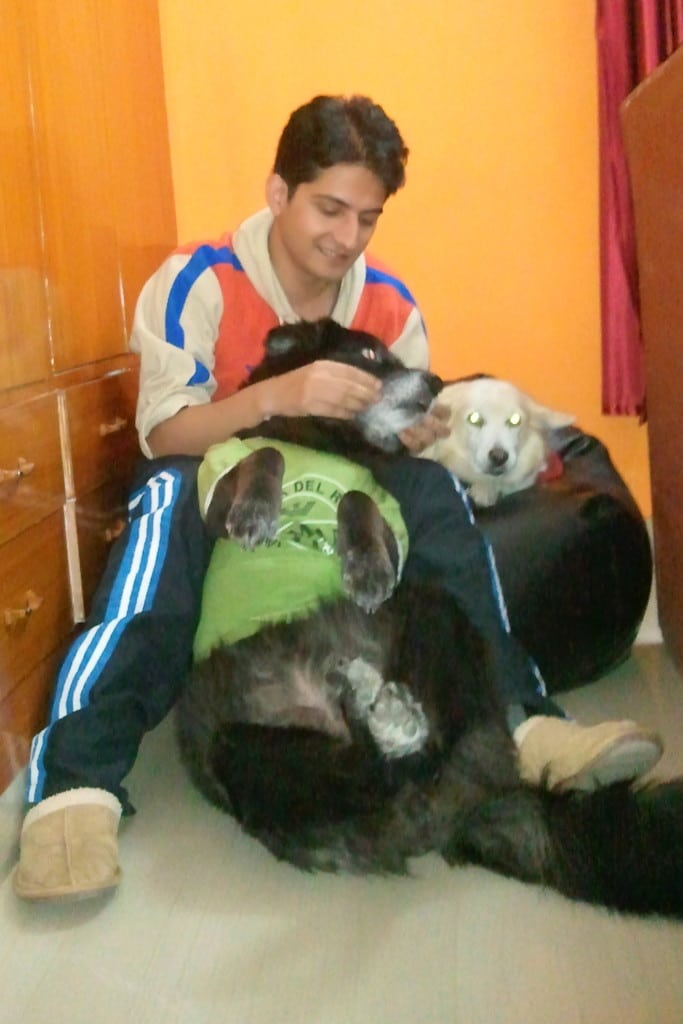 You never really forget first love, right? It is the same with the first woofer you pet, memories of my first pet are still afresh all these years later.

It has been 13 years since Rusty, named after celebrated writer Ruskin Bond, marked her way into my life and with the very first inkpot that she spilt over the ruled notebook, she had me inked forever. Little had I known that the blots would seep through from my childhood to youth along with chords struck and comic books collected. Rusty has earmarked nearly every episode from my memory. The crests and troughs─ the jejune crushes, the fear of organic chemistry, the heights of jovial times, and the ignominy of loss; she has been everywhere with me.

Memories of my first pet

13 human years converted to a dog’s life span is 91 dog years. I know the eventual end and although I try to steer my thoughts to a different thought stream, every time when I leave the hills, I wonder if I am going to see the protagonist of my childhood in vivid animations when I return. I wish I could have been more expressive but then it too would have been an epic fail for my words will always lack the warmth of the wagging tail.

What you lose when you lose your dog…

And it is my solemn desire to be back at Soar valley and relive the puerile memories.  The way we ran like berserk kids with no care in the world, tossing life as it came. Down the years, you have remained the same totem of spirit while I have faded. But I know that you can read right through to me, a mere human I am. I have had a fair share of memory montage and if I were to be caught in a time warp, this precise moment would be wherein I would love to be entrapped.

And it is always in your beady eyes that my sporadic thought raids find peace.  I wish for the world and with a whiff, I renounce it.

14 Replies to “Memories of my first pet…of inkblots & Rusty”