A friend from Deccan – an endearing dog 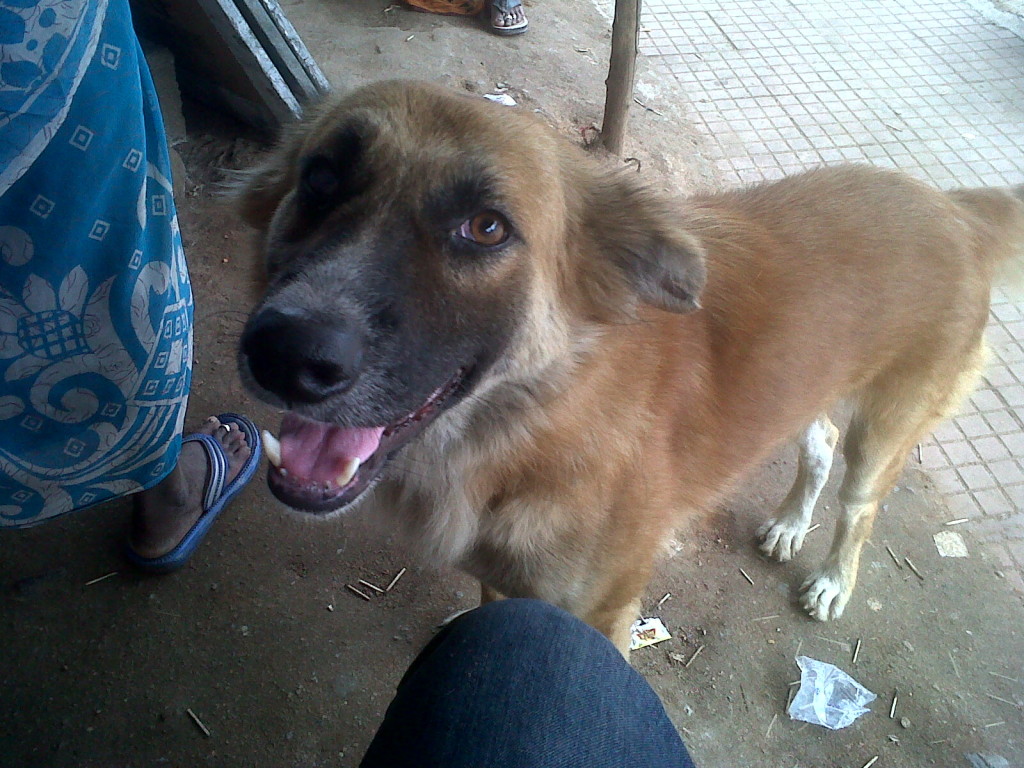 Migrating to a new city never comes easy; to some it is like erasing locus to an acquainted circle ─ streets, markets, familiar faces…one point at a time. Somewhere between unwinding to unfamiliar lands and embracing opportunities, one feels alienated. Some men and women too(see I am not gender biased) are for sure an island but for others looking for a relation beyond the internet, there is always a friend in the waiting ─ the dog!

In this guest post, Udit Joshi recollects his early days in Hyderabad and the onset of a brewing friendship.

HE is one of my first few friends in Hyderabad. Though Hyderabad is a very warm and friendly city, being new to any place one has to overcome the perceptions or general inhibitions before feeling the sense of belongingness. (My God that was too long a sentence!) And I, who always swore by Delhi and took it for granted, took more time than usual to feel that way in Hyderabad.

At the pan shop of the chourasta of Cyber Tower stays Raju, healthy, handsome, jumpy and way too affectionate. He adorns thick fur, good skin, well formed muscles and has a twinkle in the eye. Later a friend told that he has cataract. Well, Raju is too jumpy to be taken to a vet and be asked to sit through any of the proceedings.

Breaking the ice with Raju was way too easy. Easier than it has been with most of the humans. After a few cookie packets from the pan shop we were happily spending time together forgetting our blues of life. Because he was very wobbly I asked him to, “Sit”. He gave a damn. I told him, “Baitho” and he continued jumping. It rang a bell; I asked the pan wala Anna for the word to sit in Telugu and ‘Kucho’ was the word. He sat down! Kucho was also my first word in Telugu.

Since that day I made it a point to visit Raju on my way home and have some cookie time. He has become a very good friend and looks forward for my visits. Since he has the eye ailment he doesn’t really know from a distance if it is me, but the direction of his head and body inclination are always exactly towards me.  He’s a tough proud dog and doesn’t really express his happiness but with me he did with a very soft wail.

A few days back I returned from Bangalore and dropped to meet Raju. It had been days since I had met him. I looked around and didn’t find him at his usual place. I searched and saw a disoriented Raju trying to cross the road towards me. He was limping. On a closer look, I found his leg bandaged. I was taken aback. Anna told me that he was hit by a speeding car. Damn that bugger!! I consoled patting him for a long time. It pacified me when he ate the cookies. He had a special extra packet that day. He was bandaged by Anna’s family but that was not the solution.

I am really thankful to Bluecross, Hyderabad for being so cooperative and helpful to me. They came, took Raju with them, nursed and bandaged him. They tried to keep him in observation overnight but my hyperactive idiot was too difficult to be kept in a cage. “He tore off the belt into 30 pieces”, said Pradeep, the volunteer at Bluecross. I am overwhelmed with gratitude for him.

It has been two weeks and Raju has recovered though a slight limp remains. He’ll get better I am sure.

5 Replies to “A friend from Deccan – an endearing dog”