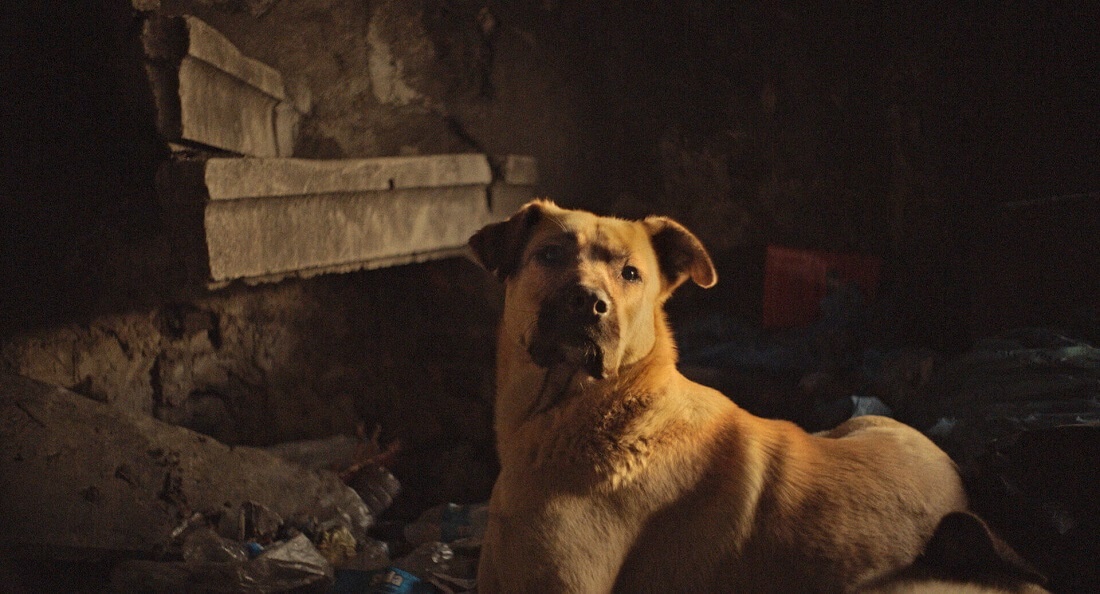 Elizabeth Lo’s thoughtful documentary ‘Stray’ follows three dogs as they wander the streets of Istanbul, Turkey, revealing much more about the world of humans.  In mere 72 minutes, it manages to not only pay homage to dogs for their fidelity but also inquire into the fractures getting ever wider in the human world.

Since 2004, Turkey implemented a humane no-kill, no-capture policy towards all its stray animals. Over 100k dogs call the streets of Istanbul home. Stray shows daily life through their eyes as they roam the streets, in search of food and kind strangers.

Filmed between 2017 and 2019, Stray is a calming and thought-provocative journey that pauses but doesn’t prod the sociopolitical scenes that are true not only for Istanbul but the world at large. It is as much about the protests, politics, and refugee crisis as it is about the astounding everyday compassion that makes humans, well humans.

Stray follows three stray dogs – Zeytin, Nazar, and Kartal, through the streets, metro stations and rickety stairways of Istanbul. As our protagonists wander through their day, we see the humans they meet – some who detest them, others who find them as their only social connection in a foreign land, particularly young refugees from Syria living on the streets and dilapidated buildings.

The strays’ distinct lives blend as they each bond with a group of young Syrians with whom they share the streets. Zeytin, the mutt, is the first of the trio that the viewers get to know. After She meets Syrian refugee kids, along with their friend Nazar, the dog. Later we also meet the third dog, Kartal, a precious puppy living on the outskirts of a construction site cared for by security guards.

STRAY explores the live of three stray dogs as they wade through the alleys of Istanbul… #Documentary https://t.co/OX7igrM1e0 pic.twitter.com/tCEffN7CcE

Stray takes a pensive look at the lives of Istanbul’s strays and reveals the human truths in its wake, how geo-political affiliations or ethnicity, fracture the world. The movie has philosophic undertones, often highlighted to fore by title quotes like:

“Human beings live artificially and hypocritically and would do well to study the dog.”
— Diogenes of Sinope 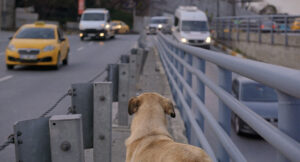 There’s a strange sadness to the melancholy of strays – who claims the nature, man you would say but then what has that led to. At times it reminds of the dystopian future (or is present already) as imagined in  “White God,” the Hungarian movie where dogs rebelled against human apathy.

The greatest triumph of Strays is that it promises no grand solutions albeit one that what really matters is love and companionship. This holds as true for dogs as for humans.

The parallels that the documentary paints, refugees’ sans a flag and dogs without a collar, unwelcomed mostly but for each other’s non-judgmental eyes.

Stretching just over an hour, the runtime is just apt, not an unwelcome minute – we see through these roving dogs how the city faces political unrest, including the 2017 women’s rights march and the rise of the far-right party.

At its core, there’s a subtle celebration of the human spirit – how humans have in them the capacity to be good, to be the all-encompassing empathetic creatures if they wish. Stray exemplifies the importance of small acts of kindness.