Legend of Owney the postal dog 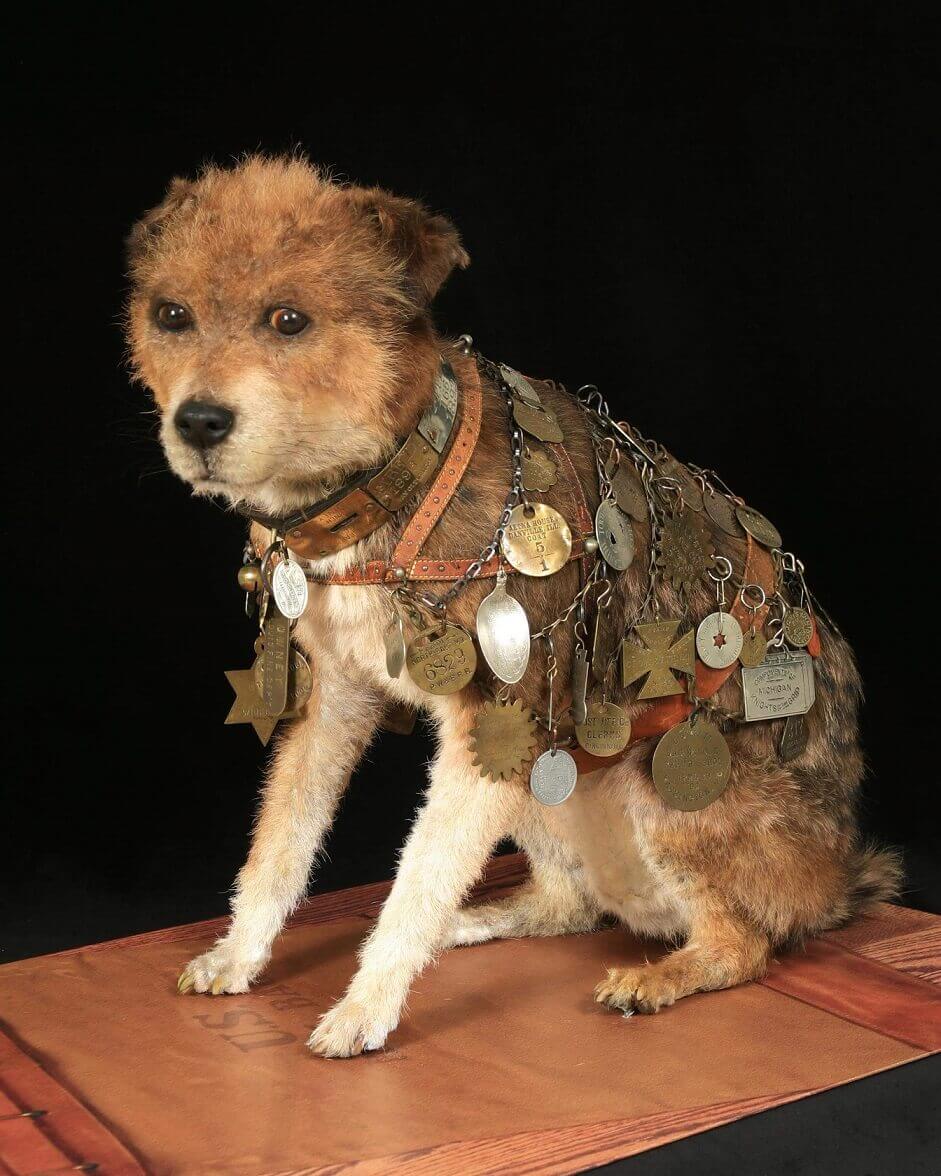 In the autumn of 1888, a shaggy mutt found his way to the post office of Albany, New York.  The mail workers there fell in love with the friendly pooch’s cute antics and named him Owney.

Little did they know that it was the beginning of a legendary chapter in the history of postal services. Rather than chasing a mailman, this dog was about to turn one.

Owney loved the smell of mailbags and soon began following them around. He would act as the dutiful guard and would only allow the designated mailman to access them. Soon, he started moving with the mail – on trains and coaches, first within the state and later across the country.

Also see: …of envelopes and postcards

Since none of the trains and wagons he was on ever met with an accident (derailments were quite common back then), the postal staff, as well as the railways, considered Owney as a good luck charm.

No matter where Owney went, mail carriers would adore him as one of their own – making him the unofficial mascot of the postal service.

As Owney traveled farther, his friends at the Albany Post Office feared he might wander too far to find his way home again so they purchased a leather collar with a tag reading “Owney, Post Office, Albany, NY.”

They would record Owney’s travels by attaching metal baggage tags to his collar to identify the rail lines he traveled on. Since he traveled far and wide, to dozens of destinations, soon he got weighed done by his collection of tags.

Owney accumulated over a thousand medals and tags – earning each one of them. This included his 1895 international trip when he boarded – steamers, ships and reached as far as Asia!

Postmaster General John Wanamaker was one of Owney’s fans. Upon realizing that the dog’s collar was weighed down by an ever-growing number of tags, he gave Owney a harness to display his ‘medals’.

By some estimates, Owney traveled over 143,000 miles in his life.

In the June of 1897, Owney boarded a mail train for Toledo, Ohio. He was shown to a newspaper reporter by a postal clerk and it is said that Owney bit the clerk and was put down (although the exact circumstances were not satisfactorily reported).

Mail clerks who were ordered to bury the dog declined and said he deserved better. They raised funds to have his body preserved to create a lifelike replica of the dog using his own fur and it was given to the Post Office Department’s headquarters in Washington, D.C.

In 1911, the department transferred Owney to the Smithsonian Institution. From 1993 onwards he is on display at the Smithsonian’s new National Postal Museum, becoming one of the museum’s most popular attractions.

120 years and counting, the legacy of this hero dog lives on.

Bob, the Railway dog, from Australia

Bob, the Railway dog (1878-1895), hitched rides on the South Australian Railways, traveling thousands of miles. Like another Aussie legend, Red Dog, he became more of a ‘community dog’ with fans in kids and all the railway staff. For years, this pooch who loved the train whistles wore a collar that read-

Stop me not, but let me jog, For I am Bob, the driver’s dog”

Complement the heroic story of Owney the postal dog with other canine heroes who are excelling in various job fronts.