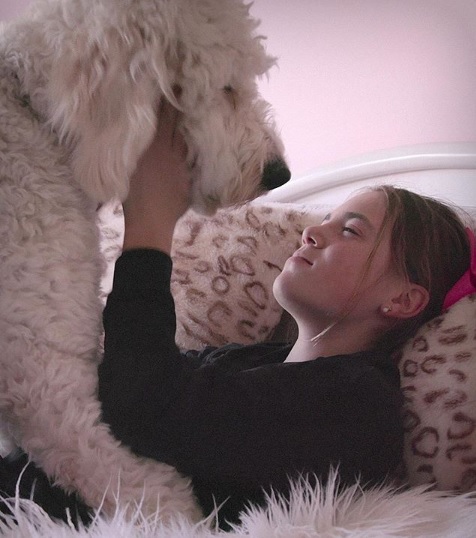 Netflix Dogs reviews have been sparkling through webpages worldwide and for all the right reasons. The six-part documentary series is master storytelling at its very best!

When the cute thumbnail of a husky showed on my Netflix curated watch list, little did I know of what was to come with the genre-bender. Dogs goes beyond comic canine videos to the very thread of life as we know it. This precious trove of moving tales, venturing from the US to Syria, Italy to Japan and Costa Rica is not only visually stunning but breath-taking. Depicting how cultures as diverse are all woven by the affection for dogs.

See also: Pick of the Litter

What Glen Zipper and Amy Berg have done really well with Dogs is to veer the focus away from the good boys that everyone knows dogs are — to their sidekicks, the humans. Every featured dog is loyal and loving but their story signifies something far more complicated.

Netflix’s Dogs is a triumphant documentary series that celebrates dogs and their people in a tender but true light– it can get pensive and funny, at short notice. A must-watch!

Episode 1: The Kid with a dog

The series’ first episode brings us up, close and personal with Corrine, an 11-year-old with epilepsy, and her wait for, a service dog. The camera doesn’t shy away to show the torment that the little girl (and the parents) go through in an epileptic attack, till the time Rory, the service dog comes to help.

The 12-day training camp where service dogs meet their humans  — kids with disabilities reveals all the hard work and dedication that often goes behind the scenes.

The second episode brings Syria war from the safe distance of a news headline to your living room. The intricate emotional connection between separated friends – Ayham, a refugee in Berlin and his dog, Zeus in Damascus is bound to get you misty-eyed. You get to know so much about the everyday life in a war-torn city through the pixelated Facetime calls – the bombing, the sirens and even the innocence of the kids who forget the travesty of terror, if only momentarily, during their daily interactions with Zeus.

The most innocent of a war’s victims are animals for they know no concept of borders. From Manto’s Dog of Tetwal to Spielberg’s War Horse artists’ have tried to bring this truth home. It would truly take a heart of stone to not root for Zeus, signifying all that’s pristine and innocent, amid the futility of war.

Episode 3: Ice on the Water

Directed by Emmy-winning filmmaker Richard Hankin, Ice on Water encapsulates the camaraderie between Alessandro, a fisherman in Italy, and his dog Ice. The diminishing catch in Lake Como and the younger generation’s disinterest in running the family business forms the backdrop of this drama. Ice remains the only constant in Ale’s daily life in these turbulent times of climate change and generational shifts.

On many levels, it reminded me of Laurie Anderson’s ‘Heart of a Dog’.

The fourth episode in the documentary series is about two Japanese groomers participating in a competition. If you wanted to know about the canine fashion and grooming – not to forget the cultural touch, this is your go-to episode.

But even this funny take has its moments as Kenichi Nagase, the groomer philosophically remarks “Human relationships are so complex. Dogs make life simple. Dogs never betray your trust. ”

Costa Rica’s dog sanctuary Territorio de Zeguates is home to nearly a thousand dogs who roam its hundreds of acres. But this doggy heaven faces troubles as the country’s municipal board intervenes to check on the canine population.

It is amazing to know of what goes behind the running of this land, how a community of dog lovers and volunteers dabbles with limited resources to realize a common dream – save every dog possible.

The series finale features the inspiring story of dog rescuer Anna (of Hearts and Bones). She drives at-risk dogs (those on the death list) across the country in hopes of finding them forever homes in New York City. A network of volunteers works alongside her to save dogs and find them potential homes.

The series co-curator Glen Zipper adores dogs and it shows in his work.

“For the last 14 years — through successes and many more frequent failures — Anthony (my dog) has always been there for me. With his wagging tail at the door after a long, hard day … And, most importantly, with his constant, unrelenting, unconditional love. Dogs don’t just make us feel loved, dogs make us feel safe. They allow us to venture out into the world, take our lumps and come back to the best friend any of us could ever want or imagine …

Our love for them speaks to our unanimity of needs. Love. Friendship. Companionship. Loyalty. We all want these qualities in our lives, and dogs are the only souls on the planet who guarantee us each and every one of them in spades.”

I hope Netflix comes up with a season 2 of #Dogs featuring a story from closer home, maybe that of Pratima Devi, Balu, Hanuman, Padmini Stump, or Sardar Baljeet Singh.