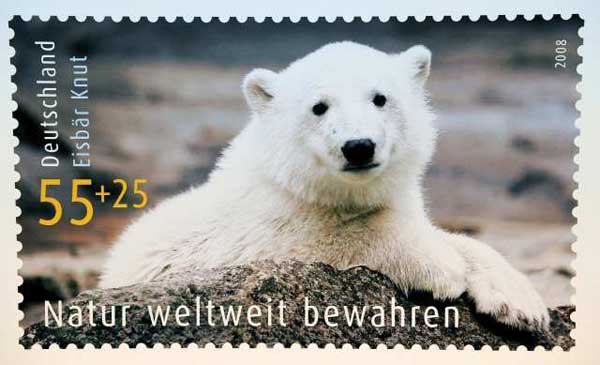 In March 2011, Germany bereaved the loss of Knut, the world’s most famous polar bear. Unlike the octopus ‘Paul’ who predicted world cup football results, and died at the age of 3 (a normal life span for his species), Knut sadly didn’t have a long life. Yet what he did for his endangered species in his short life span was nothing short of a miracle.

There would be sharp rejoinders to this post, cynics would say so what if a polar bear has died, he was just a bear. Guess, they would have said the same when dodos were declining. There have been folks ridiculing the tributes as an overrated story, still doing the rounds. Remarkably, these are the same set of people who are arrested in awe by the latest celebrity gossip or the faux media bytes. I hope that one of these days, a twinge of embarrassment seeps through their conscience.

Knut wasn’t just another cuddly looking animate being. He became a symbol of all that our planet has at stakes to global warming. He rekindled what we had forsaken in the humdrum of life. Knut had literally become a spokesperson for environmental concerns because of his ability to draw attention to the environment in a thought provoking & yet non-threatening way. Yes, I do believe that animals should be in their natural habitats but in such starker times, zoos often make for a safer bet. Reminds me of the lines,

But I don’t insist. I don’t mean to defend zoos. Close them all down if you want (and let us hope that what wildlife remains can survive in what is left of the natural world). I know zoos are no longer in people’s good graces. Religion faces the same problem. Certain illusions about freedom plague them both.
—Life of Pi

Abandoned by his mother at Berlin Zoo in 2007, Knut was adopted in the hearts of the German people. The special relationship that he shared with his late keeper, Thomas Doerflein, who died in 2008 makes for an endearing tale. Thomas bottle-fed him while strumming Elvis Presley songs on his guitar. Shown below is a 3-month-old Knut with his keeper Doerflein during the cub’s first public appearance at the Berlin Zoo.

Knut was the cynosure of media. The picture above shows him when he was 6 weeks old. Scores of fan clubs came up across the globe, including in Japan and the United States. The cub made it onto the cover of magazines like Vanity Fair and Hollywood superstars came to visit him.

For fans living far away from Berlin, the zoo has also set up an online memorial book for Knut. A memorial fund has been opened in honor of Knut, with funds going toward the preservation of polar bear habitats.

Below is the German stamp depicting the one-year-old Knut and the slogan Natur weltweit bewahren (Preserve nature worldwide.)

Beyond the revenues that he generated for his zoo, far from the frenzy that his cub life saw…tucked in memories, our friend from Tundra will be missed!

Closer home, helpless anger simmers in me when I learn of the gross injustice as served in the case of Rani. I wonder if anyone remembers her, the sloth bear from India.

14 Replies to “Knut, the world’s most famous polar bear!”