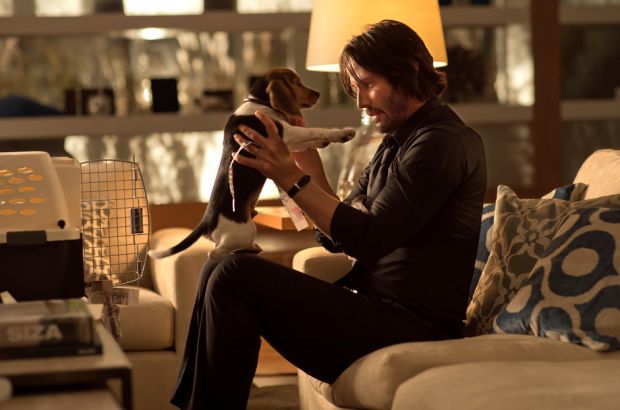 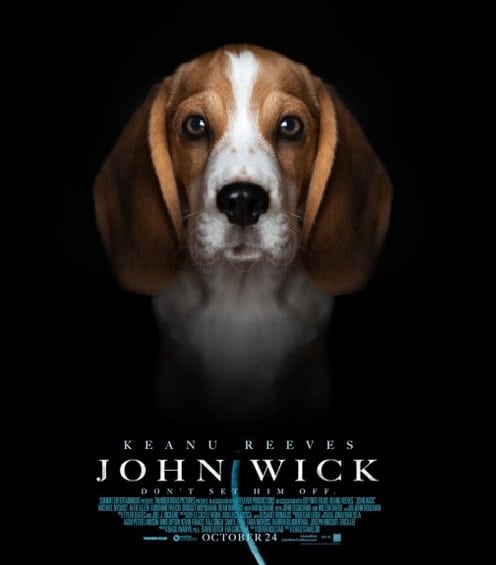 For the love of the dog – John Wick

There’s no sight sadder on the silver screen than a dog dying. Kill men and their muse and we, the viewers, can deal with that, but you hurt the dog, you jangle all our nerves! We don’t like to see dogs die, period. Not even in fictional realms.  The coolest action flick of 2014 John Wick reaffirms this fact.

The plot follows a linear revenge trajectory – Keanu Reeves plays John Wick, a grieving widower, an ex-hitman who finds comfort in a Beagle pup Daisy, his late wife’s gift to him. The solace is short-lived when a gang of thugs makes the worst mistake of their lives – killing Daisy.

A 50-year-old Keanu Reeves (still looking a decade younger) reboots himself in the action genre in dapper black; Neo revisited mode. Alfie Allen reprises his act of a cocky rogue quite like his Theon Greyjoy (Game of Thrones). Only this time the winter indeed comes early on him. Throw in stellar cameos from the likes of Michael Nyqvist, Willem Dafoe and Adrianne Palicki and you get the perfect cocktail.

The directors David Leitch and Chad Stahelski have a stunts background and they have stamped their mark in almost every frame with an action choreography that takes on MMA, Max Payne and Matrix move.

With neon-lit clubs, mafia hotels and code of the assassins, the screenplay shows New York in an alternate universe.  What works for John Wick is that it sets it’s ambitions right, far from the best movie of the year but close to the most stylish take on the action genre that you would see on celluloid.

At the heart of all this violence remains a man’s love for his dog. I hope it serves a chilling reminder that you never hurt a man’s (or woman’s) dog.