Dogs are pivotal characters on the big screen, alighting it with not only their furry antics but also dabbling with more demanding genres like drama. Alas, they don’t really get the recognition they deserve for their acting prowess.

Legend has it that during the very first Academy Awards, a GSD named Rin Tin Tin, gained the most votes for the Best Actor only to be ignored. The world rallied behind Leonardo DiCaprio till he got his Oscar but what about the other notable contenders – the canine kind, long snubbed by the Academy?

And that’s not all, remember Cosmo in ‘Beginners’ and Uggie in ‘The Artist’.

Palm Dog Award, a yearly alternative award presented by the international film critics at Cannes Film festival, honors the best performance by a four-legged star. These awards have rapidly grown in stature, due to the illustrious ensemble of a jury made up of some of the world’s leading movie critics.

Palm dog award is now one of the most recognized and lauded fixtures at the Cannes Film Festival. The awards are covered by The New York Times, The Daily Telegraph, The Guardian, Le Monde, The Sydney Morning Herald and not to forget, Dog with Blog 🙂

Recipients of the Palm Dog awards:

Mops in Marie Antoinette (2006), a biopic on the Archduchess. 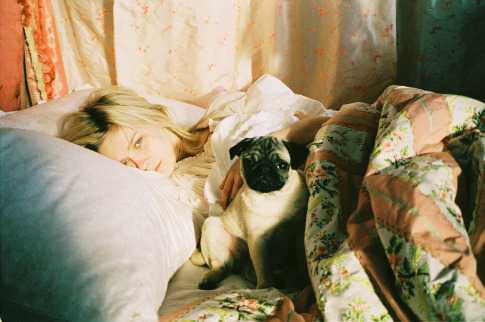 In 2007 for the first time, the Palm Dog was awarded in a tie: All the stray dogs in Mid Road Gang and Yuki in Persepolis

Dug in Up (2009) helps the grieving old man to expect love all over again.

Boss in the romantic comedy Tamara Drewe (2010), a modern retelling of Far From The Madding Crowd.

Uggie in The Artist (2011) not only won the Palm Dog at Cannes but also had a legion of fans rooting for him to be nominated for an Oscar.

Banjo and Poppy in one of the best black comedies ever, Sightseers (2012)

Lucky the Maltipoo in Arabian Nights (2015)

Einstein as Bruno in The Meyerowitz Stories (New and Selected) (2017)

Complement this with more doggo movies – and some from Bollywood.

After all, they’re the best in the show!