The Chile revolution dog who led the student protests 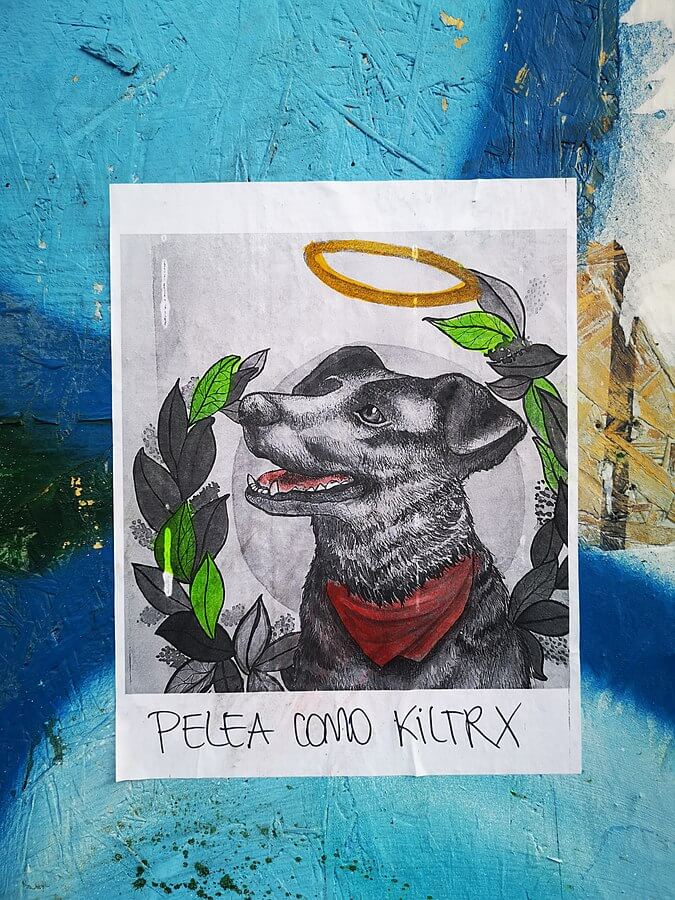 In the early 2010s when the students in Chile took to the streets against the privatization of universities demanding education became more accessible for everybody, little did they know that a dog would become the symbol of the revolution.

This socialist hero wore a bandana and unflinching courage.

Negro ‘Matapacos’, the stray dog showed up at almost every student protest.

He defied tear gas and water cannons and accompanied the students in their struggle for affordable education.

Although driven by a common purpose, protests need more than placards and petitions, posters and people; they need an element of emotion — that one thread that ties them beyond speeches and editorials.

For Chile student protests, that unifying thread was a dog.

Negro Matapacos gained a cult status among the student circles of Santiago. He’d participate in the street marches with a no-holds-barred attitude against the police.

His rebel antics won a plethora of fans who (you guessed it), happened to be protesters.

Loved and adored by the student community, he was a familiar face on the university campus. A student named Maria Campos provided him with what would become his signature, coloured bandanas. At the peak of his popularity, he was also the star of a documentary film.

He lives on – printed on flags, t-shirts, pamphlets as a symbol of solidarity and resistance.

Far beyond Santiago, drawings of him have been spotted from New York to Shibuya station in Japan. Statues of Hachiko and Balto have been on occasions adorned with red handkerchieves as a mark of respect to Negro Matapacos.

Somewhere up in the clouds, Matapacos is still braving the odds to support his humans.