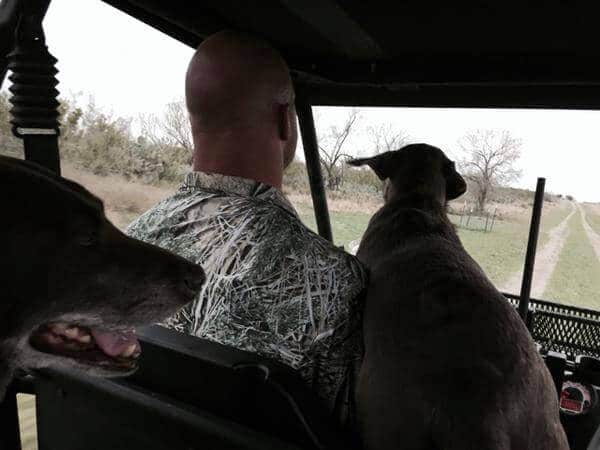 Whether they are playing heel or face, the WWE wrestlers with their chiselled anatomy and all that brawn and muscles, so very often, also are dog lovers. Just in time for the grandest stage of them all, Wrestlemania we have compiled a list of wrestlers who love dogs. Because dogs make the best tag team!

Wrestlers who are dog lovers

Although Seth Rollins plays a heel in the scripted tales of WWE, he is but a hero when it comes to dogs. Despite being on the road through the seasons because of hectic work schedules, he makes it a point to be there with his dog Kevin backstage, in transit or at home. As the Shield would say, believe in the hound!

For the kids growing up in the 90s, minus the onslaught of the internet and instant feed, The People’s Champ ‘The Rock’ was all about electricity and entertainment. A cloud pleaser and an accomplished athlete, Dwayne has since made a name for himself in Hollywood too but through it all, his love for dogs towers him in this illustrious list. And yes, Dogs can smell what the Rock is cooking!

Amy Dumas, better known by her stage name ‘Lita’ took women’s wrestling to the peak, literally. With those startling jumps and leap of faith(s), she won many fans but

it is her volunteering at animal shelters, raising money for charity,  leading up to the foundation of the animal welfare charity –  Amy Dumas Operation Rescue and Education (ADORE) that has made this red-haired diva, a favourite among us, dogs.

Often hailed as the most accomplished technical wrestler in the business today, Daniel Bryan is a devout dog lover who shares his bed, books and many meals with his pet pooch, Josie.

“He was legitimately my best friend. Every title I’ve ever won, I would always take a picture with Asparagus with the title and proclaim him the champion. He was a very special dog.”

5. Macho Man Randy Savage The late champion wrestler ‘Randy Savage’ was one of the most colourful characters in the world of wrestling.

He had it planned to have his ashes scattered under a tree alongside his beloved dog Hercules. Randy’s brother recalled that when ‘Hercules’ died, Randy had him sprinkle the dog’s ashes under a tree on his property and quipped:

See Also: Heroes looking after dogs in the aftermath of disasters

6. CM Punk A self-confessed dog lover, CM Punk, the man with the longest championship reign in the modern era poses for another heartwarming picture with his dog.

7. Stone Cold Steve Austin The original anti-establishment, the anti-hero and perhaps the most hell-raising star to ever grace the squared circle, post-retirement Austin shares his ranch with his dogs in Texas.  and for those who were wondering, Austin 3:16 says “Love the Dogs”.

8. Edge and Christian This charismatic Canadian wrestler duo had many a memorable stage fights with other tag teams back in their day yet when it comes to real life, they both have dogs as their favourite tag team partners.

9. The Hardy Boyz (Jeff and Matt) Similar to Edge and Christian, The Hardy Boys too, found their best friends in dogs.

10. The Undertaker The Phenom may have lost his unparalleled win streak at Wrestlemania last year yet he remains the power figure in all of the wrestling world.It comes as a pleasant surprise that this giant has established an animal fund in the memory of his beloved mastiff Zeus who died in 2004.

The Zeus Compton Calaway Save the Animals fund at the Texas A&M College of Veterinary Medicine & Biomedical Sciences helps pay for the lifesaving treatments for dogs. The Undertaker has also adopted two more canine pals Thor and Tyson, and a 15-pound cat named Churchill.

11. Chris Jericho No one in professional wrestling has reinvented his character more times and as successfully as Chris Jericho. From Lionheart to Y2J to #LeChampion, the man is a sheer genius when it comes to promos or in-ring performance. Jericho is a dog lover and his social media frequently features his pets.

Wrestling legend Bill Goldberg is a devout cat lover who has three cats named Moe, Larry, and Curly. He also has a pet goat ‘Goatberg’.

Goldberg is an activist for the American Society for the Prevention of Cruelty to Animals and is a vegetarian.

Here’s hoping that the wrestling fans derive inspiration from their wrestling heroes who love dogs and welcome the joy called dogs in their lives.

3 Replies to “11 Wrestlers Who Love Dogs”