Who Loves You More, Your Cat Or Your Dog?

Like many children of the 90s, I first encountered the cat or the dog debate in a recess setting. Silly as it may seem, like most queries of childhood (Consider: Which came first Chicken or the egg?), the question never failed to draw jibes and jokes.

Futile as it may be, comparing two species, for as long as I can remember ― I’ve been presented with this innocent yet divisive question: Are you a Cat person or dog person?

Who loves you more, your cat or your dog?

Over the weekend, I watched a BBC documentary, Cats vs Dogs, which leans woof way! It featured a study done by neuroscientist Dr. Paul Zak at Claremont Graduate University, measuring the levels of Oxytocin released by cats and dogs on interactions with their humans.

Zak took blood samples from 10 cats and 10 dogs before and after they played with their people. He tested each animal twice and checked the samples for their level of oxytocin. The tests revealed that dogs release Oxytocin in their brains at MUCH higher levels when compared to cats. A dog releases upwards to 57% while a cat releases roughly about 12%.

Oxytocin also called love hormone or happy hormone is the measure of love in mammals.

Your dog loves you 5x times more than your cat! Science says so. https://t.co/6mQKKe45jl pic.twitter.com/oIB1A7VqPC

“Oxytocin is a chemical we produce in our brain when we care about someone. It’s what mammals release to bond with their young. If we release 50 percent or more, it’s in response to someone we really love like a child or spouse.”, Paul says, “So your dog really loves you … a lot, But what makes this so amazing is that the oxytocin they produced is for another species, not their own. The fact that this is cross species is really freakin’ crazy. Their brains are telling them that they love us!” 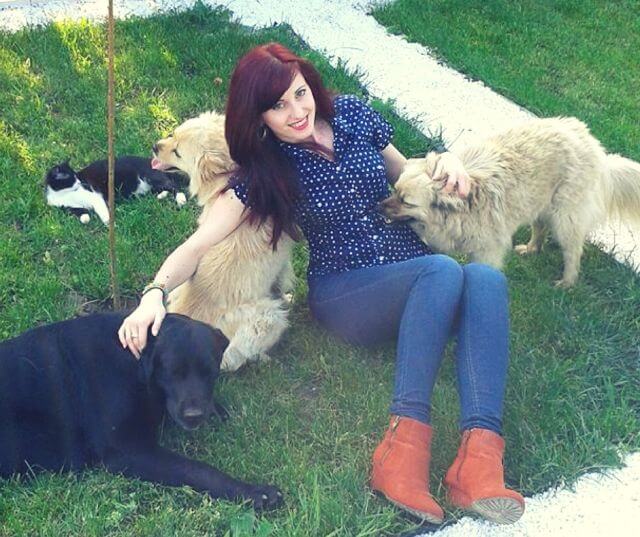 Why do dogs love human more than cats?

Dogs, like their ancestors wolves, are highly social animals who believe in pairs and packs. Our cat friends are more solitary in nature and extremely territorial.  Oxytocin has been shown to facilitate social bonding in dogs, alongside others, and can boost dog bonding behavior towards humans and other dogs. On the other hand, studies have suggested that cats don’t form secure attachments with their humans, while dogs depend on humans for safety.

Dogs might even love us more than we love each other, as Dr Zak said when humans see a spouse or child the oxytocin levels in our bloodstream normally rise by 40 to 60 per cent.

Either way, go and pet your dog. Or cat.