No country For Elephants? 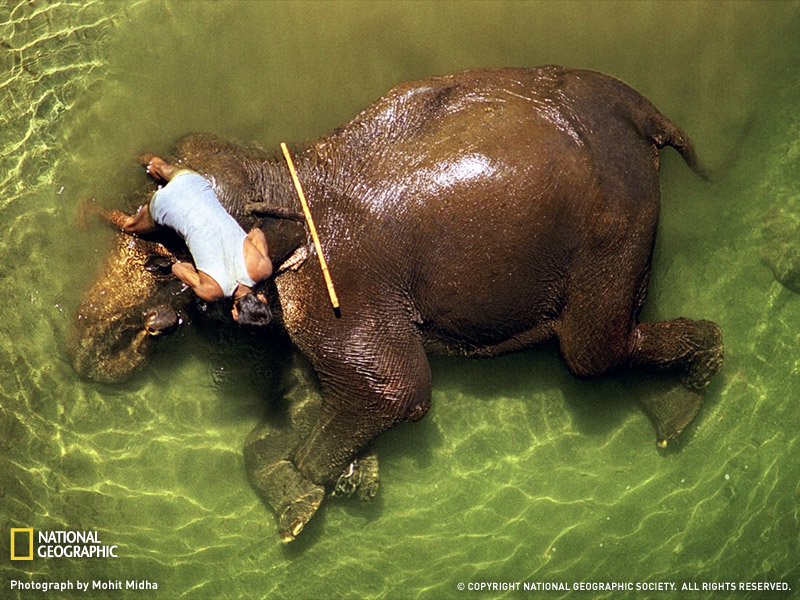 Mighty, mythical and magnificent, Elephants have long been the stuff of folklore and popular culture alike. Blessed with highly matured sensibility and long-term memory,  elephants sadly aren’t being as revered in modern times as in the past history. Despite being worshiped in some societies, the grim reality remains that these great creatures are killed for ivory.

Decades of poaching and loss of natural habitat has so distressed this otherwise gentle societal animal that cases of elephant turning aggressive are being heard so often these days.  But is it really their fault or a by-product of human greed? Are we staring at the possibility where there’s indeed no country for elephants?

Have a look at these numbers:

No Country for elephants?

As the elephants move out of their habitat to human habitations, it leads to eventual conflict between man and animal. Elephants are not aggressive animals. But increasing conflict with humans is making them more and more aggressive.

Recent research by animal behaviourists have found that the elephant orphans who’ve watched the death of their parents and elders from poaching and culling, exhibit behaviour typically associated with post-traumatic stress disorder and other trauma-related disorders in humans: abnormal startle response, unpredictable asocial behaviour, inattentive mothering and hyper-aggression.

Lawrence Anthony in The Elephant Whisperer makes this philosophic observation, “But perhaps the most important lesson I learned is that there are no walls between humans and the elephants except those that we put up ourselves and that until we allow not only elephants but all living creatures their place in the sun, we can never be whole ourselves.”

India offers some of the most bizarre juxtapositions when it comes to wildlife. With animals being an integral part of the celebrated cultural and religious ethos, it comes as no surprise when one comes across temples where milk is offered to snakes or abodes where monkeys and langurs are as much a part of the milieu as devotees. In the heartland of India, one can see ladies offering the ‘rotis‘(chapati) to cows and stray dogs. It is the land where animals are embedded so deep in the religion that half the deities have an animal as their preferred mode of transportation.

And yet, one can see animal abuse without trying too hard.

“There is a mystery behind that masked gray visage, an ancient life force, delicate and mighty, awesome and enchanted, commanding the silence ordinarily reserved for mountain peaks, great fires, and the sea.”

Elephant, the largest mammal on land is worshipped yet has to slog it out in labour camps; he is as much a part of our history as he is an icon of modern India (No, I am not referring to the political party).

In a bid to give elephant conservation the same momentum of national pride that ‘Save the Tiger’ campaigns evoke, the government has decided to declare the jumbo as a national heritage animal. Last year, the Indian government declared Gangetic dolphin as the national aquatic animal, as it symbolizes the health of the country’s rivers.

The government in the past amended the Wildlife Protection Act and set up a National Elephant Conservation Authority (NECA), similar to the existing National Tiger Conservation Authority. NECA aims for long-term planning and a coordinated effort to conserve the elephant – with its current population of over 25,000 animals – well before its numbers dwindle to panic levels like the 1,000 tigers left in India.

NECA has envisioned the following measures:

“Having elephant corridors means nothing if the same have highways, roads and railway tracks running through them.”

It makes sense to make efforts while we still can. Riding on the media lights and aggregated buzz of the Save Tiger campaign would be futile if the purpose that it intends, limits itself to only advertising. Having said that, I agree that awareness is indeed necessary but what do we do with that collective conscience?

The elephant that dies at railway crossings or in road accidents highlights how humans have encroached on the land meant for the wild. From farmers burning elephant calves and putting electric wires on their farmlands, a solution needs to be found to avert these man/wild greed/nature clashes.

Let’s hope that the protagonists of countless stories of grand ma’…the patrons of Indian forests- the tigers and the elephants survive these harsh times.

8 Replies to “No country For Elephants?”