You See How Baby Monkey Makes Friends with Every Animal He meets! 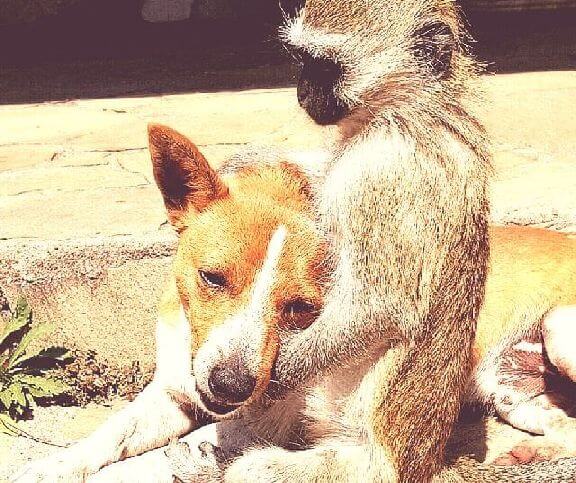 Horace, the baby monkey, was found sitting by her dead mother’s side on a busy highway in Zimbabwe. It was sheer luck that Horace was found and rescued by an animal lover who brought him to the Twala Trust Animal Sanctuary.

Horace joined the orphans of other species who were rescued by the sanctuary and struck friendship with, wait for it…

An orphan monkey drawing comfort and support from other species, themselves a victim of human cruelty, and then helping them to cope with their own private pains… quite a friendship!

Animal friendships, when formed, make for something much more endearing than that of humans – like the elephants befriending a human.

“We get lots of orphaned animals coming in, so you can’t always pair them with the same animal. But for them to be able to be with another creature is really healing and comforting for them, no matter if they’re different.”

Horace isn’t the only monkey like him at the sanctuary. Still, he seems to prefer spending his time around the creatures he grew up with. Horace loves them all, just the same, be it the cat(s), dog or the deer.

Perhaps the best part about all of Horace’s friendships is the fact that he chooses to continue them anew, each and every day.

“Horace is free to go wherever he wants. There’s nothing stopping him from leaving. He chooses to stay,” Carter said. “Here has friends and he’s safe. He has the backup of everyone here at the sanctuary — people and animals.”