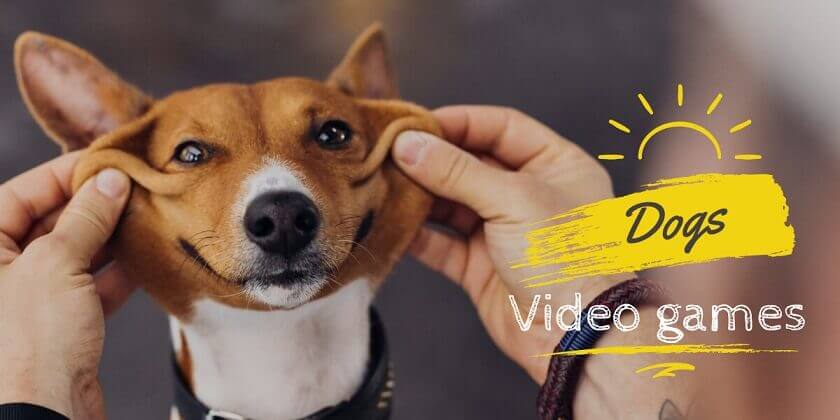 Whether they are beloved main characters, faithful sidekicks or just to add that cute factor ― dogs in video games are always a welcome sight!

Dogs in video games span genres – from those grainy adventures (remember Duck Hunt?) to first-person-shooters (FPS), the virtual canines are just the good boys and good girls as in the real world. And they play an array of roles within the video games – the loyal companion to fight the evil and retrieve hidden treasures or that friend who calmly walks by our side through the tricky terrains of the dungeon. They add a sense of composure to the wild wastes of pixels.

2. Mira (Silent Hill 2) ― Silent Hill 2 is a 2001 survival horror video game published by Konami for the PlayStation 2.  It was a cult success with scores of scares and insane events in the monster-filled town of Silent Hill. So where does dog fit into this?

Picture this, you survive the scary ordeal, only to find out that all of your sufferings are the result of a Shiba Inu pulling at levers and pressing buttons!

Yes, this is one of the endings in Silent Hill 2 where the protagonist discovers that Mira, a headset wearing Shiba Inu, was pulling the strings all along. I love how this joke ending stands in stark contrast to the horror game and don’t miss the doggo inspired tune for the end credits.

3. Walt, Valiant Hearts: The Great War ― Inspired by the valour of front line dogs who served during the first world war, Walt, an affectionate medical dog (Mercy dog) and helps his human through the war-torn fields. What’s really interesting is how soldiers on both sides find themselves smitten with him – unlike the unfortunate Dog of Tetwal. 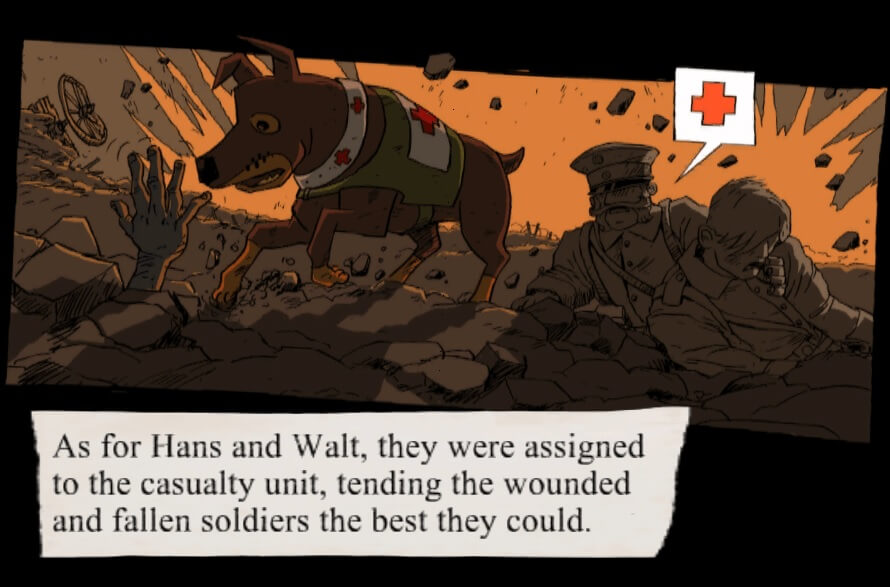 4. Dogmeat (Fallout series) ― If Hollywood has taught us anything, it is that apocalypses aren’t to be taken lightly. The wild wastelands, zombies, surviving tribes…you get the drift. 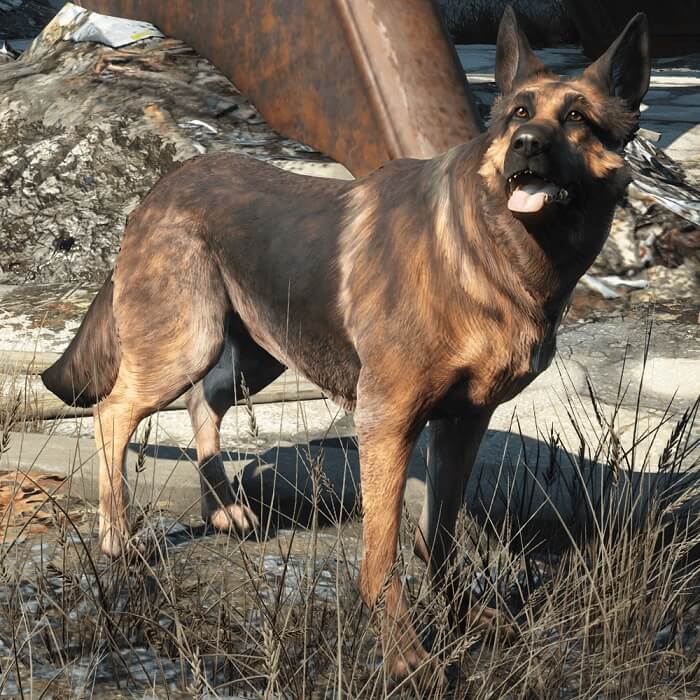 Also see: A Boy and his dog

Dogmeat, the bandana-wearing German Shepherd, comes as a reassuring presence in such a scenario to keep you company.  In Fallout 3, it is possible for Dogmeat’s puppy to be found and recruited if Dogmeat dies while accompanying the protagonist. Thankfully, in the new editions, Dogmeat is an immortal character hence no need to worry about the good boy not making it out alive.

5. PaRappa (PaRappa the Rapper) ― PaRappa, the cool rapper dog,  has been on the Playstation scene since  1996. The classic game progresses as you complete the lessons to impress Sunny Funny.  The legendary soundtrack of the game can be seen accompanying many social media videos. 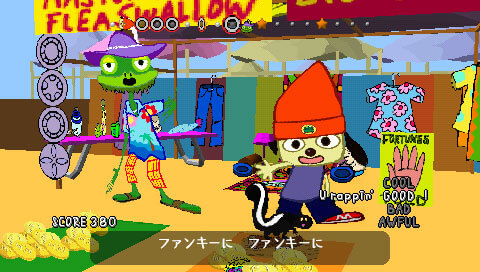 6. Koromaru (Persona 3) ― Inspired by Hachiko, the legendary Japanese dog, Koromaru is a devoted companion who stands by his friends and the Specialized Extracurricular Execution Squad. 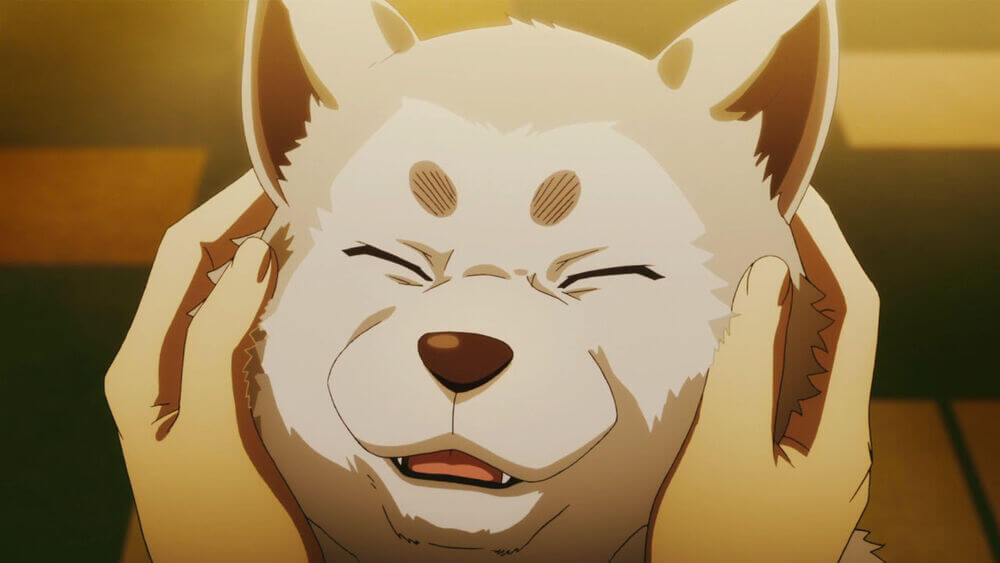 Koromaru chooses to stay at his long-dead master’s shrine of which he is very protective and even risks his life to defend it.

7. Boomer (Far Cry 5) ― Boomer, the phenomenal companion dog, is your trusted co-pilot as you wander the Montana wilderness in Far Cry 5. Boomer growls when he senses an impending danger and can also grab weapons for the player, which is invaluable if in the midst of a gruelling fight. The good boy watches your back better than any man could. 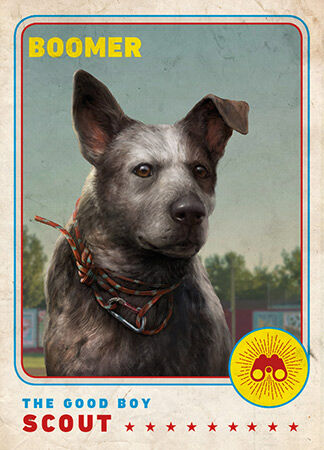 8. Timber (Far Cry New Dawn) ― Timber, a stray dog, wandering Hope Country was nabbed to be killed by the cruel Highwayman but his captors didn’t know that the Akita Inu could tear the enemies. Upon rescue, Timber becomes a beloved friend who loves his humans and continues to rip the bad guys. 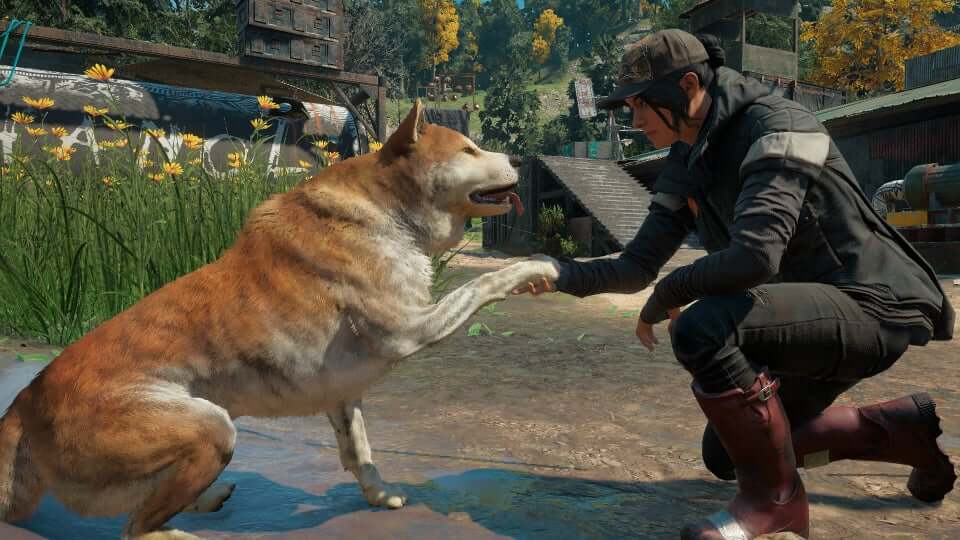 9. D-Dog (Metal Gear Solid V) ― Aptly named DD (aka D-Dog) can be found in the gameplay as a puppy. He is kept at Mother Base and raised until ready to be taken on missions as a trustworthy companion by your side. DD can detect and locate almost anything, from enemies to medicinal herbs.

10. Caesar (Wargroove) ―Wargroove is an arcade battle game and the commander that you want on your side is *drum rolls* Caesar, the doggo!

The Great Pyrenees, named after Julius Caesar, is the commander of the Cherrystone forces – a brilliant tactician and an inspiring leader to his troops. He’s the companion and best friend of Queen Mercia.

11. Shadow (Dead to Rights) ― Shadow is Jack Slate’s loyal dog companion in Dead To Rights who can execute stealthy manoeuvres and even sense heartbeat to tell you if the antagonist is calm or on alert.  This good boy reminds me of Ghost from Game of Thrones. 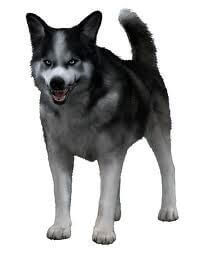 12. The Dog (Fable 2) ― The prologue establishes the friendship b/w a puppy and the child and all through the timeline of Fable 2, their relationship fosters despite the harsh storyline. 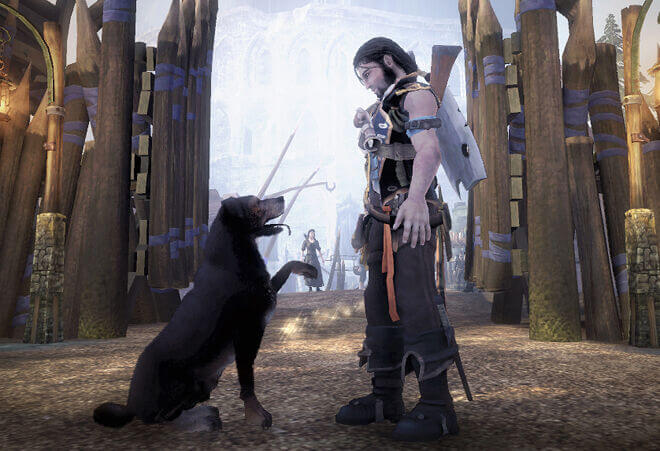 Like most good boys in video games, the dog,  not only makes for a beloved companion but is also skilled in sniffing treasures. 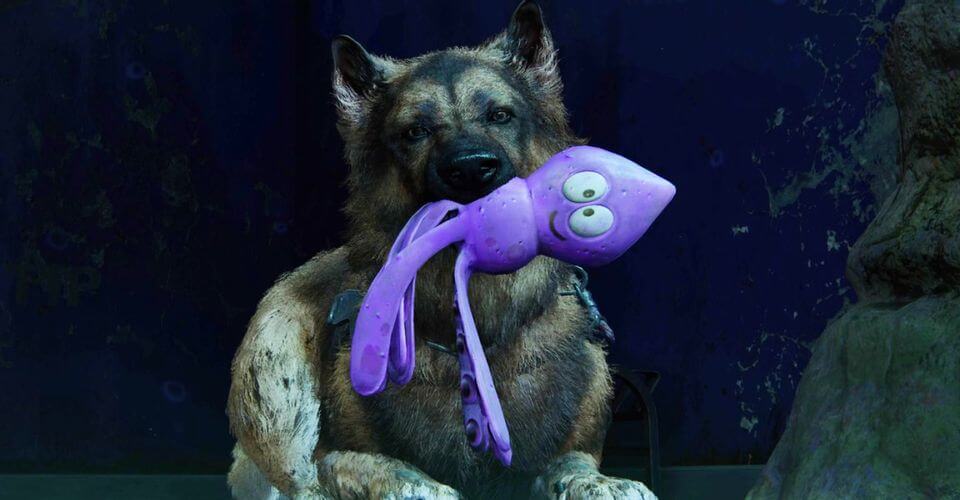 14. Angelo (Final Fantasy VIII) ― Sant’ Angelo di Roma, or Angelo for short, is Rinoa’s pet in Final Fantasy VIII and can not only help out in battle but help heal or search the battlefield for items. 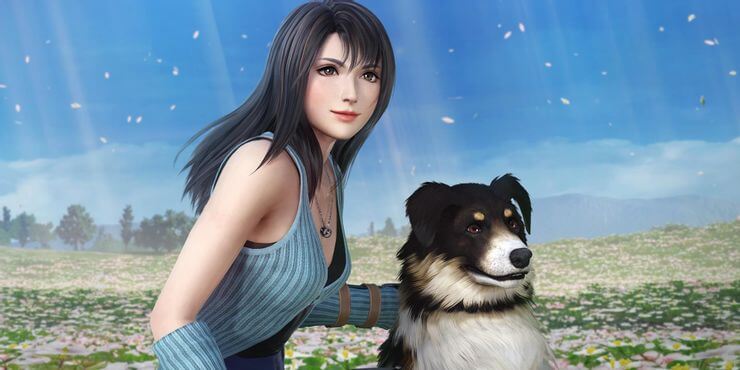 15. Riley (Call of Duty: Ghosts) ― The German shepherd ‘Riley’ helps the squad to distract or locate enemies. The game also offers occasions where the player can control Riley, who is equipped with a camera and radio, on scouting missions to assess various situations before proceeding and engaging. Watch out how Riley takes down an attack helicopter full of bad guys! 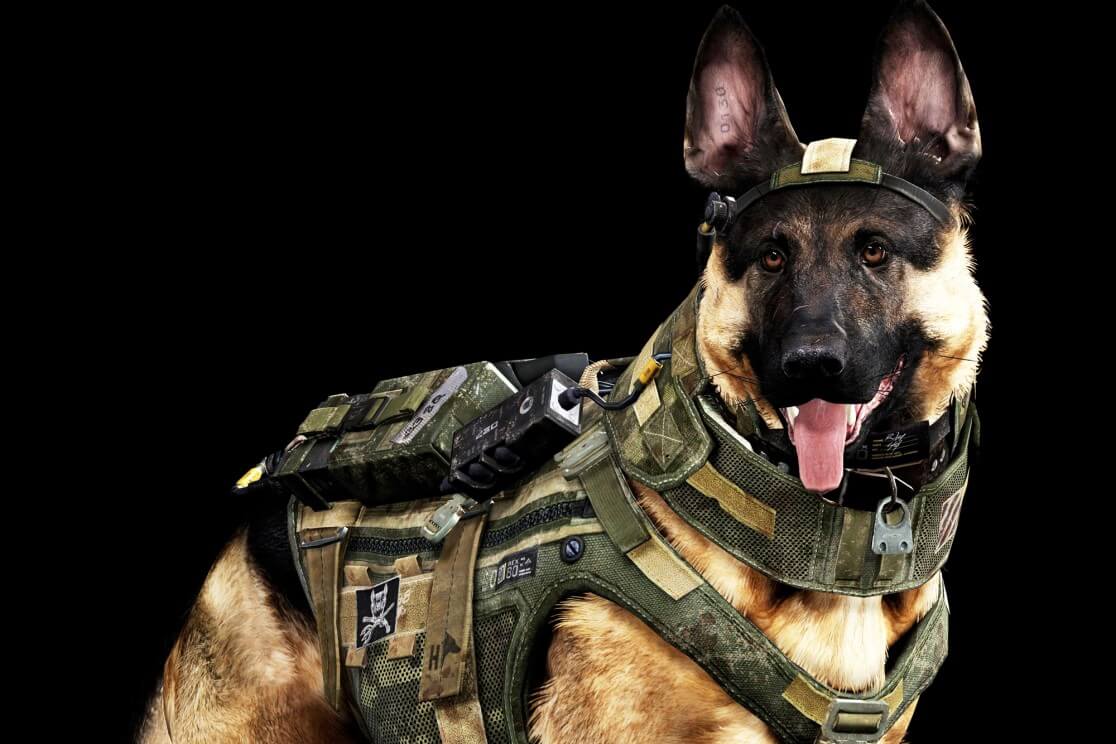 16. Bullet (Blair Witch) ― Bullet, the Belgian Malinois, is the best friend of Ellis Lynch, an ex-cop who is searching through the Black Hills Forest for a missing boy. What makes Bullet’s character stand out among all the video game dogs is that aside from being man’s best friend his companionship helps keep his mentally troubled master sane. Being away from Bullet causes Ellis to hallucinate and suffer from bouts of paranoia. 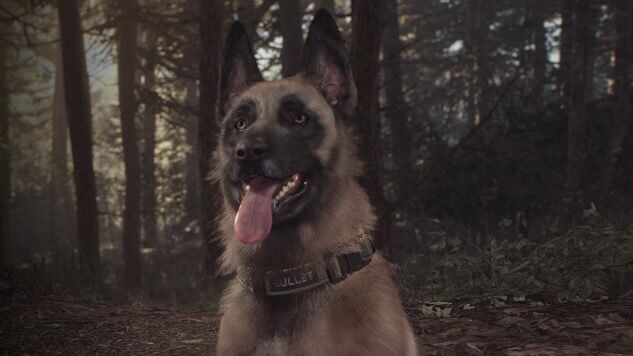 Loyal, always up for a treat and on alert for his beloved master, Bullet is the ultimate evil-fighter doggo!

17. Chop (GTA 5) ― Chop, the Rottweiler, debuted in Grand Theft Auto 5. He hangs out with Lamar and Franklin while playing a key role in some missions (while being controlled by players). He helps gamers locate certain characters and locations. 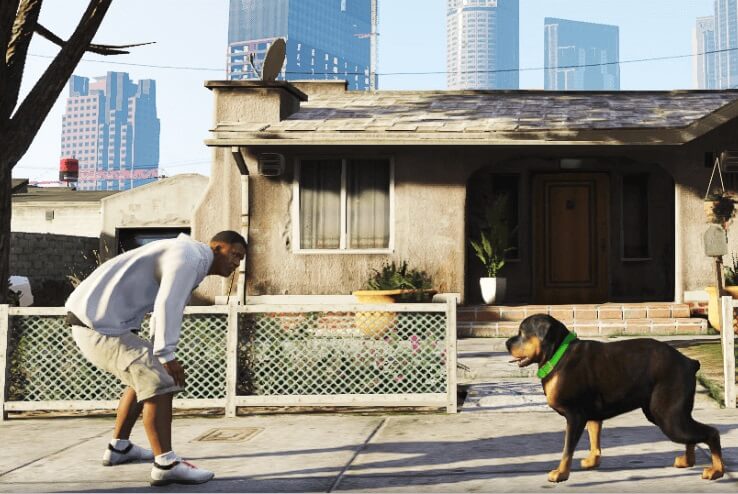 18. Wolfie (Terminator Resistance) ― In the Men v/s Machine world of Terminator, Wolfie is the best friend of Patrick, a subtle reminder that the pristine bond b/w a child and his dog will always herald better days for humanity. Unlike most dogs in this list, Wolfie isn’t on beast mode but he snuggles up to his boy as they sleep on the couch together.

19. Rosie (The Walking Dead: The Final Season) ― Abandoned by the school headmaster during the zombie apocalypse, Rosie gets paired with Clementine and she protects her against the undead. Strong and sensitive, she also doubles up as an emotional support animal to help Clementine’s deteriorating mental condition. 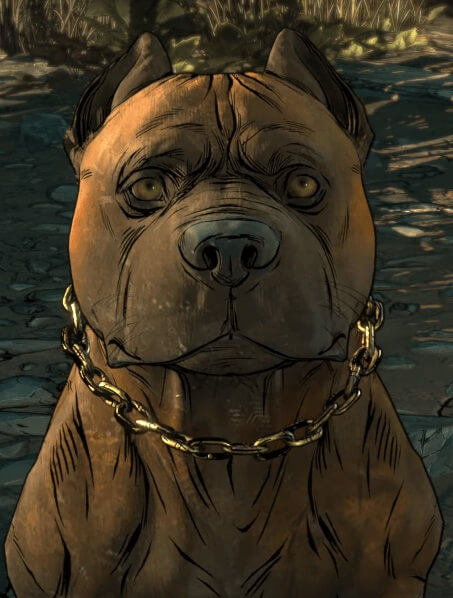 A best friend for the end of the world, Rosie is the definitive good girl.

20. Barbas (The Elder Scrolls V: Skyrim) ― Barbas is a grey hunting dog found along the road outside Falkreath. He is Clavicus Vile’s companion and the only talking dog in Skyrim. 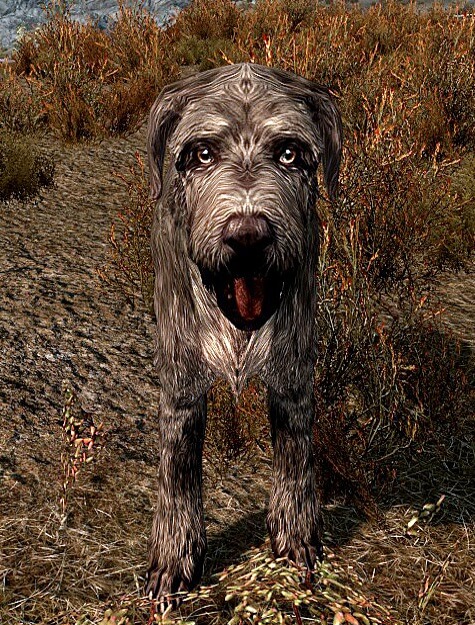 “Did you just talk?”
“Skyrim is now host to giant, flying lizards and two-legged cat-men, and you’re surprised by me? Yeah, I just talked. And am continuing to do so.”

Video Games you can play as a dog

22. Bolt ― Here’s your chance to play as Disney’s superhero dog as you clear missions and rescue Penny. Just like in the movie, Bolt is powered with a laser eye and that ‘Superbark’ that destroys all obstacles. 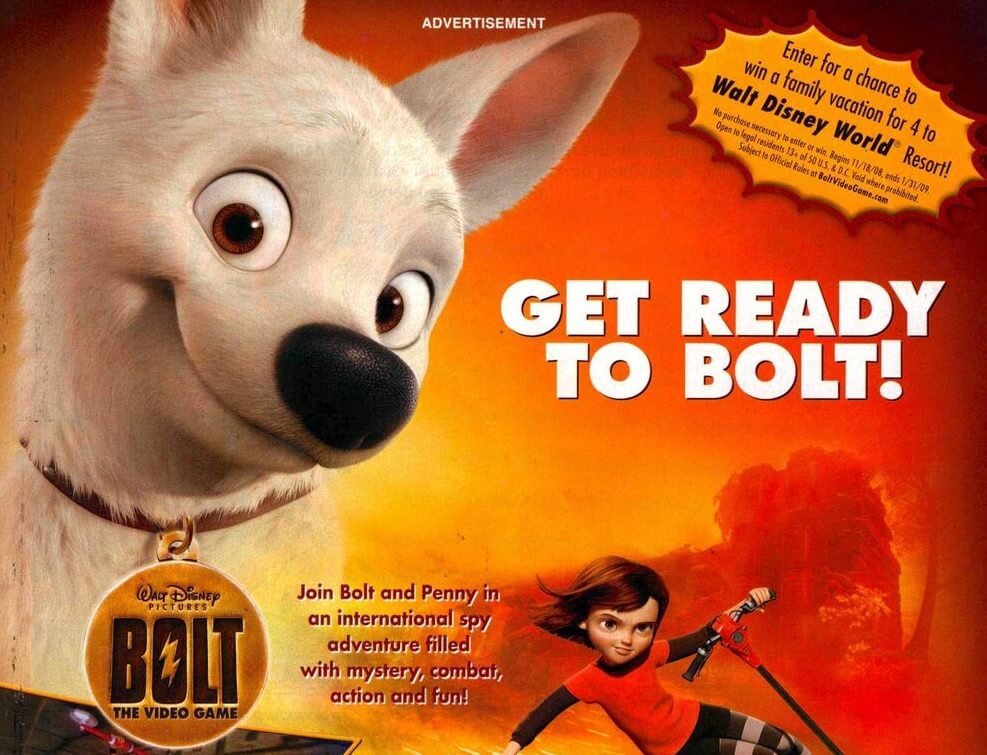 23. Tokyo Jungle ― This Playstation game lets you play as stranded animals within a post-apocalyptic Tokyo. The game’s central character is a Pomeranian. 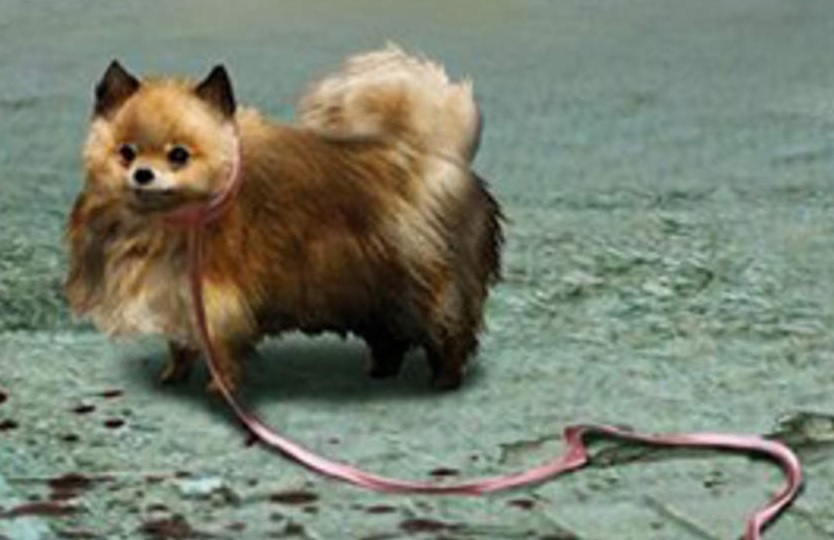 24. Okami ― You play as Amaterasu, the Shinto Sun Goddess doggo, across feudal Japan in this beloved PS game from the 2000s. 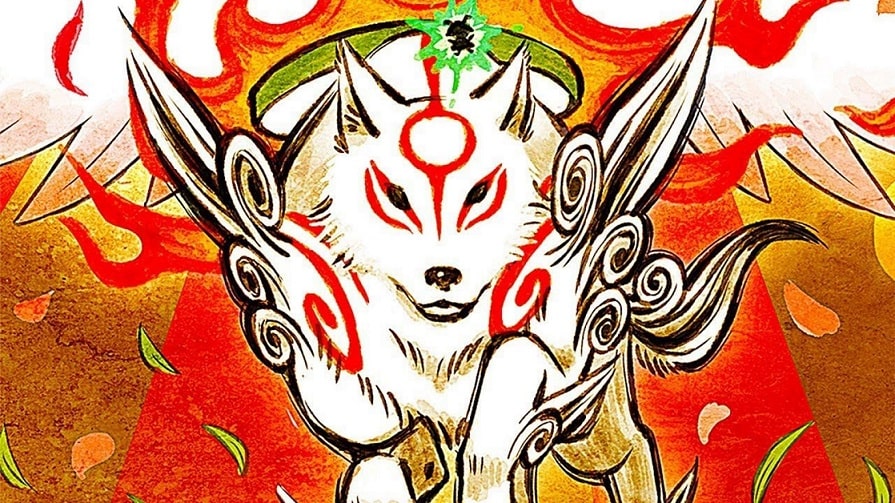 Ever wondered if you can pet a dog in a specific video game? There’s a Twitter account dedicated to that! 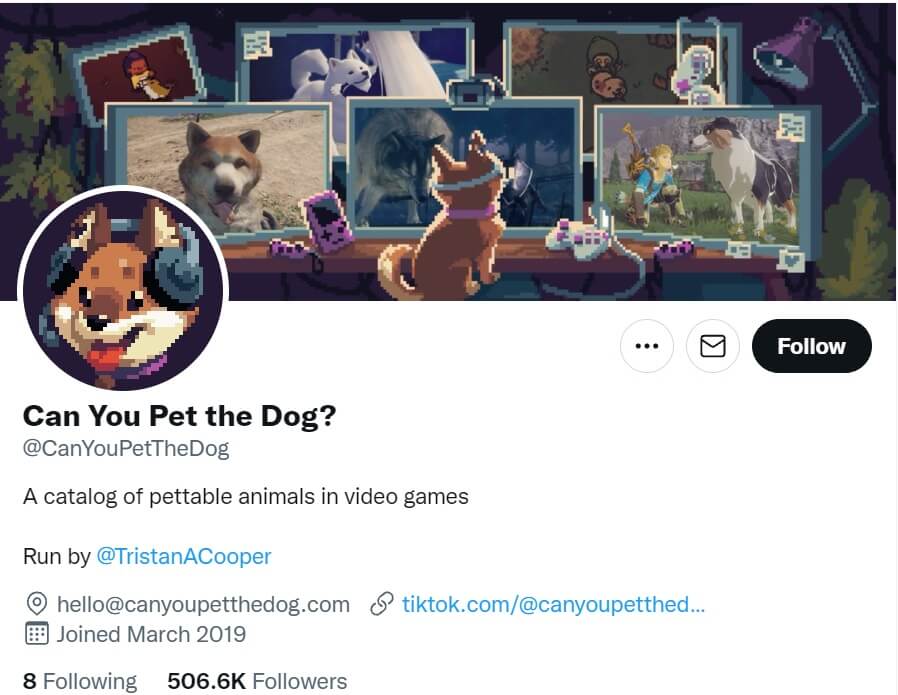 Complement this with books written from a dog’s POV and podcasts for dog lovers.